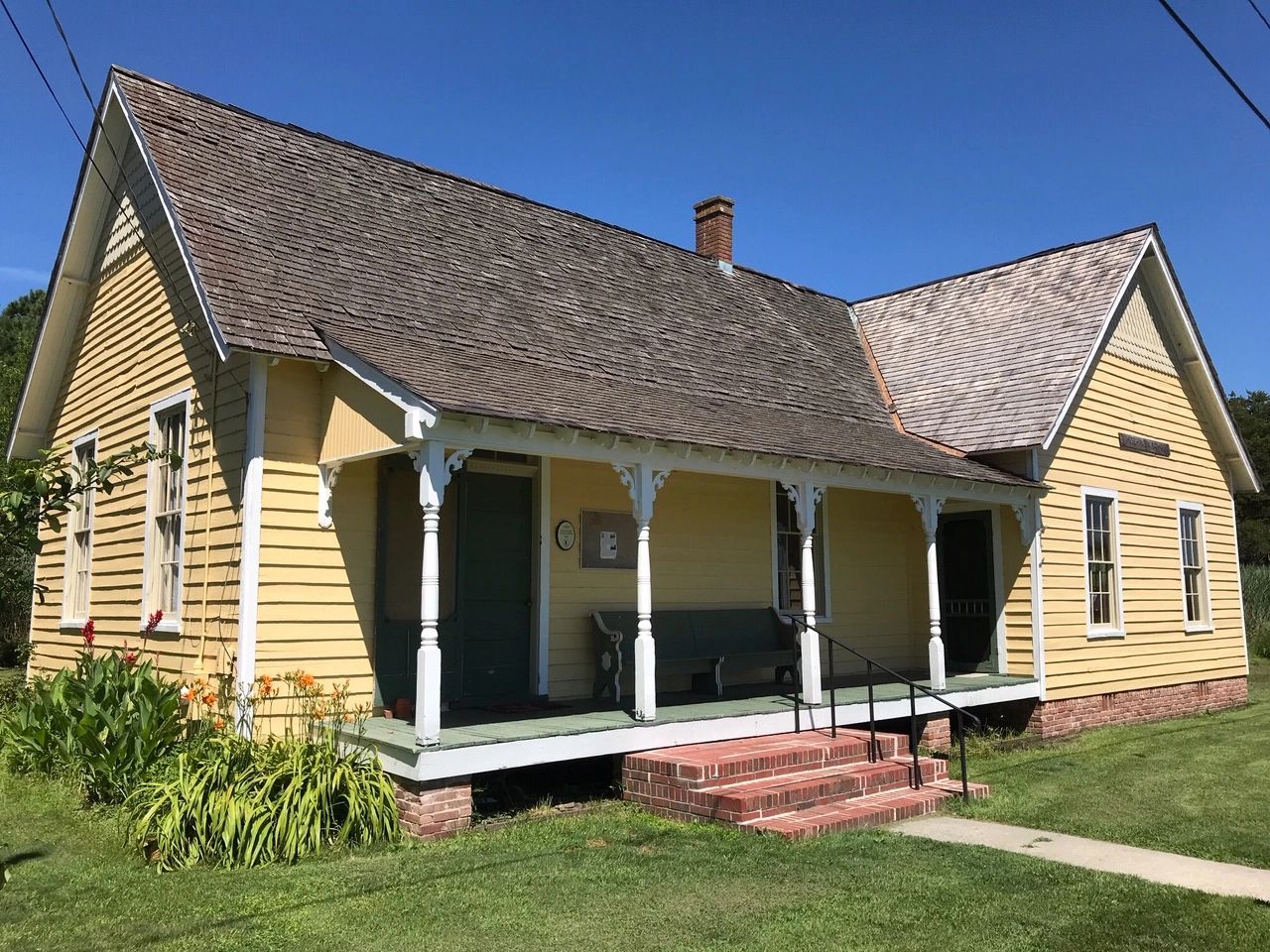 The Whitehaven Schoolhouse opened in 1886 as a grammar school.  It originated as a one-room schoolhouse for grades 1 through 7. It is still located on its original site. Prior to the construction of the schoolhouse, Whitehaven was served by schools roughly three miles away.  As the population of the village grew, it was evident a schoolhouse was needed. In 1886, the present schoolhouse lot was sold for $1.00 to the County Commissioners.  The first room of the schoolhouse was built soon afterward for children in grades 1 through 7.  In 1908, the second room of the schoolhouse and a porch across the older section were built.  Children in grades 7 through 9 were taught in this addition.  In 1935, the little schoolhouse closed when students began to be bused from Whitehaven to the nearby village schools.  In 1937, the Whitehaven Methodist Church acquired the schoolhouse and began using it for various social events such as church suppers and ice cream socials.  Sunday school classes were also taught there.  In 1975, it was refurbished and maintained as a country store and gift shop.  Those days were short lived as it was used as storage space several years later. In 1991, the little schoolhouse once again gained importance in the community of Whitehaven as it earned its new title of Community and Church Hall.  In this capacity, the schoolhouse serves as a museum and meeting place for the Whitehaven Heritage Association, Inc., for community events, and as a repository for archived documents, photographs, and artifacts relating to Whitehaven’s history.

Inside Whitehaven schoolhouse is the whitehaven museum!